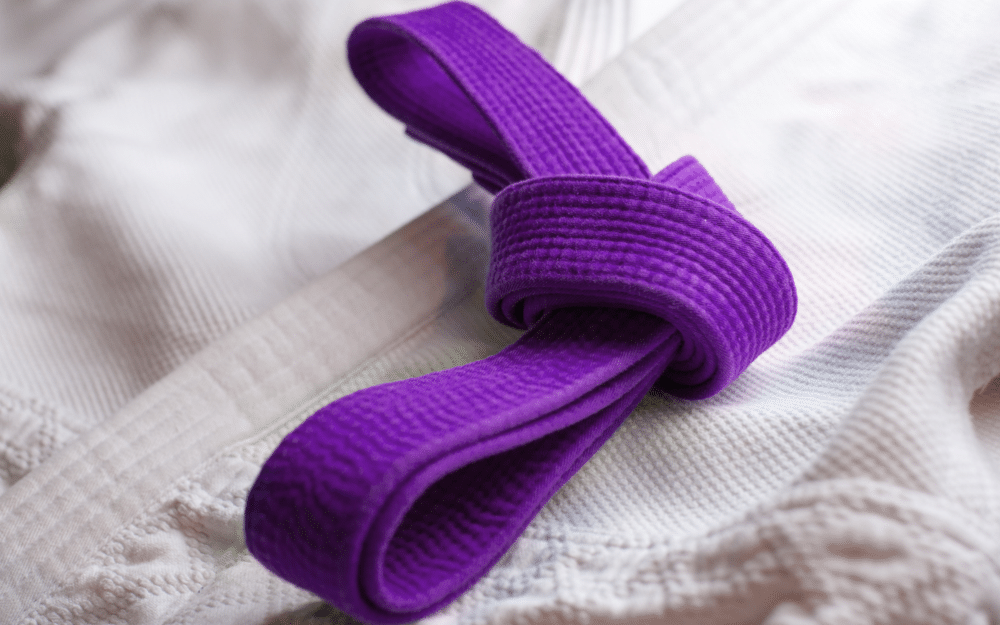 The belts are an inseparable part of traditional martial arts, symbolizing rank, knowledge, and progression within the art. Brazilian Jiu-Jitsu is no different and even before the first time you step on the mats, you will need to learn how to tie the jiu-jitsu belt.

BJJ originated from traditional Japanese Jiu-Jitsu and as such is most often practiced in a specific uniform called a gi, quite similar to other martial arts styles like judo, karate, and taekwondo. Aside from its deep symbolism, the belt has a very important purely utilitarian purpose-to hold the gi’s jacket together. Learning how to tie a BJJ belt properly is a lesson you will carry through your entire jiu-jitsu journey, so it’s a good time investment to learn to do it properly.

There is no single correct way of doing the knot, but from the several different methods, there are 3 that are by far the most common. In this article, we will take you through the traditional way, the karate way, and the Unbreakable BJJ knot.

The Symbolism Of Jiu-jitsu Belts

Traditional marts arts all have a belt system that shows the rank of the wearer. Each time a practitioner is promoted he gets a new color belt that signifies his accent in the rankings. This practice brings a more easily measurable feeling of progress alongside all the physical and mental benefits gained through martial arts practices.

BJJ doesn’t mess around with its ranking and it’s one of the strictest systems. There are only five different belt colors in BJJ- white, blue, purple, brown, and black. This means each promotion comes after dedicating an immense amount of time and hard work. You will never see a kid wearing a black belt in jiu-jitsu, unlike many karate and taekwondo schools.

Some schools have introduced stripes that signify the progress towards the next level, but even with them getting from one color to another is a big deal. Earning and wearing а higher grade belts means you possess certain skills, knowledge, and understanding and have spent the necessary time on the mats to acquire them.

Tradition and hierarchy are held in very high regard in jiu-jitsu. The gi must be worn with dignity, pride, and respect. Tying your belt correctly is one part of this tradition.

Here is a step-by-step guide of the 3 most popular variations to do it.

How To Tie A Jiu Jitsu Belt

Standard variation– This is the most popular way to tie your belt and most likely the first one you will learn if you just started BJJ. The pros of this method are that it’s very quick to do and it’s easy to learn. Even kids don’t have a hard time with this technique. On the flip side, there will always be an overlap on the backside, which is not the best aesthetically speaking. Here is how to tie using the standard variation-

Karate variation- The gi is the standard uniform for all Japanese martial arts, so it’s only natural that they also use belts to hold the jacket. One difference is that striking martial arts like karate don’t put the same stress on the gi as in grappling, so the belt stays secure even with a looser knot.

This does not mean that karate guys can’t tie their belts properly. One of the most popular knots in BJJ comes from karate and is preferred by many because of its neat looks. With this method, you will have no overlap on the back typical for the standard method. This is how you do it.

The Unbreakable BJJ knot- You will likely want to learn this method even before you’ve seen it just because of its name. Also known as the superlock, this is the most secure way to tie a belt and forget about it during practice, sparring or competition. The first few steps are the same as the traditional way. In fact, you can also use the karate method up to step 5. The finishing details are where this method shines.

There are more ways to tie a BJJ belt and the best one is that it’s most comfortable to you. But whatever method you use you mustn’t worry about your belt getting loose and focus on the important stuff – improving your skills.